The UNITED NATIONS SONG was released on September 21, 2021.
(International Day of Peace)
Distributed by AMG / SONY MUSIC / THE ORCHARD 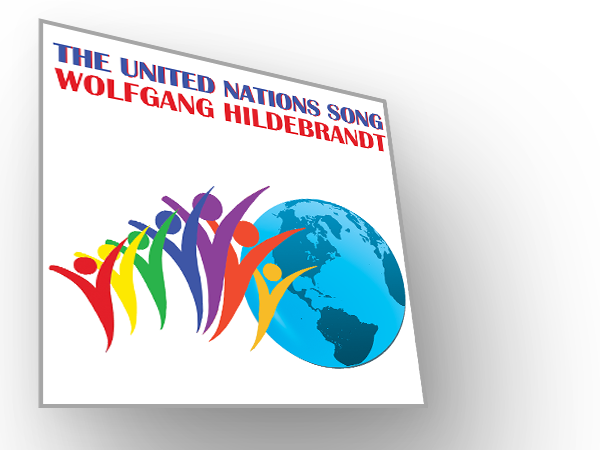 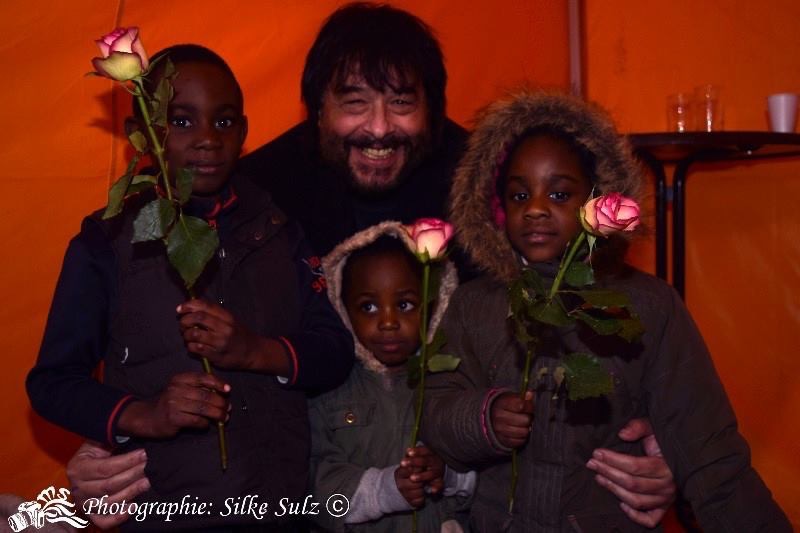 Wolfgang Hildebrandt: "I was honored and delighted then to be selected as the first German artist to perform a peace concert for the United Nations. It was here that I first performed a song I wrote called "The United Nations Song". It was such a success that I was invited to sing the song at several other huge United Nations events and at the Ringing of the Peace Bell Ceremony.

It is so amazing to walk through the United Nations and realize that here people from all over the world unite for one goal, peace. While touring the museum, I came across a very unusual gift someone had donated to the United Nations. It was a rifle and guitar combined - the guitar neck was the rifle barrel.

As a musician I found this absolutely fascinating, it touched my heart. "Let's change guns into guitars".  I had tears in my eyes realizing that music really is a universal language that is so strong it can affect even the political arena. The vision of this guitar/rifle and the ability to change guns into guitars burned into my heart and I remembered the song "We Are The World". This song touched the whole world and  helped so many children. This is when I realized that the world is ready for a new song and that my "United Nations Song" is ready for the world.

The "United Nations Song" has a fundamental message attached to it. The world’s mistakes can’t be corrected overnight, but if we all chip away, piece by piece at this sculpture of tyranny, a world united can be achieved and war amongst humanity will cease to exist. To never forget our past, but learn from it, and build a better foundation for a prosperous and brighter future, for all mankind regardless of location, wealth, skin colour, race, religion or mentality. This historic event will bring together some of the worlds most successful artists currently contributing to the music industry. The United Nations Song will be published worldwide. We anticipate the release date will be September 21st 2021 (International Day Of Peace). The United Nations Song is not the official song of the United Nations, it is being prepared to honor the work of the United Nations. The United Nations Song was presented years ago by Wolfgang Hildebrandt at the UN headquarters in New York. We would also like to encourage individuals as well as the nations to continually pursue peace.

CAN CHOOSE TO BELIEVE

IN UNITY AND PEACE

CAN LEND A HELPING HAND

HAVE A SPECIAL DREAM

FOR YOU AND ME

NO CONFLICT OR STRIFE

HAVE A SPECIAL DREAM

FOR YOU AND ME